Day seven… Thrilla in a Villa

Rise and shine campers!!! First Saturday of camp and you know that means!! AVILA!

After breakfast we had to clean up our rooms a bit, starting to pack up our suitcases a bit, and those who are LUCKY ENOUGH to be staying TWO WEEKS (Yayyyy!!) had to strip their beds and get their wash together so everything could get washed and smell like roses again…or at least for a day or two!

We all loaded the bus and were off to Avila by 10:30 without a hitch! Upon our arrival, we made our way to the park for snack-time! Shortly after, we traveled back to the 12th century and made our way up the wall, walking over 800 meters high above the town, learning tons of great facts about the wall and Avila, and catching great views! Making our way back to the 21st century, we had lunch in the park, followed by lots of running around, President President, or Presi Presi, and Eva was the winner!

Afterwards, we went to the Plaza del Chico and indulged in all types ice cream, and then spent some time in the souvenir shops, buying various pens, bracelets, gum, bow and arrows, swords, Avila glass memorabilia and so much more! Everyone got their parents some gifts and some campers even bought their fellow campers gifts, these kids are so nice!!

We quickly made our way to hop on the Tourist train, squeezing our way in between the other riders, but had a great time learning more about the beautiful history of Avila and seeing the views from the scenic overlook!

Arriving back at Fuente Alberche, we had a blast at the Party!! It started with dinner outside on the patio, HAMBURGERS and S´MORES YAY!!!!, followed by a Flea Market where the campers used their coins they had won over the week to buy all sorts of trinkets. However, no one bought the invisible elephant for only 10 coins, what a bargain! The night ended on a high with a dance, with everyone out on the floor showing off their best moves!

It would be impossible to have had a better last day of week one here at Gredos Summer Camp! With everyone tucked away in bed, we’re sad to say goodbye tomorrow to some of these wonderful kids but so excited to meet the new campers tomorrow and start week two! 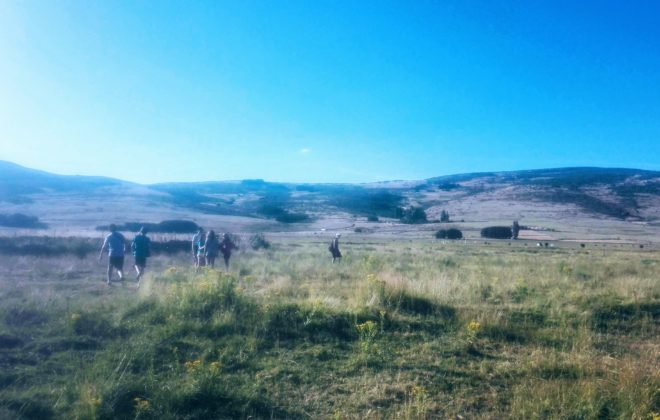