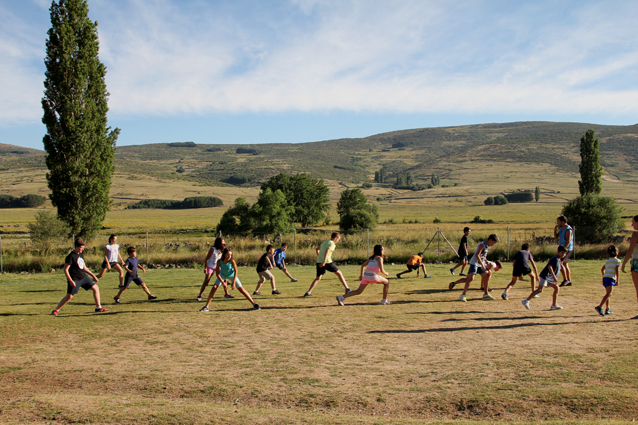 Day Seventeen… A new addition at the farm!

Full of energy they enjoyed a nice breakfast and then it was off to class for the second time this week. Today we’re going to see what the Goats have been doing:

«The goats had a really great class today. We had loads of fun, played a lot of games and we did some entertaining activities on this sunny Tuesday morning. We learnt a lot about photosynthesis and the importance of nature with playing a lot of vocabulary and racing games. The Animal Fire team won the very popular tornado game, but the SIPs equalized the competition with the next game which was the Banana race with a few interesting and useful questions about plants.

We practiced the names of the vegetables with our favourite clapping game. The most interesting and creative part was the last third of the class. We designed our own imaginary farm with imaginary animals, like the paella rabbit, plants like the tree flower, buildings and machines. We drew and coloured a map of the farm with all the important details, and described one or two new species.”

After class it was time for lunch, and then out outside to enjoy the beautiful day and lovely temperature! The campers divided up into two teams for a few rounds of the scarf game where each person on each time on each side of the field has a number. Have each of you got that? Well, when the persons number is called the two members of each team that have that number have to run to the middle to try and be the first to snatch up the scarf and make it back to their team without the other person catching them. They can’t put their foot over the centre line either otherwise they’re out. We played as second game with the scarves after that, but this time each time had to retrieve the other teams’ tails. The campers did a great job dodging each other and the teachers and monitors

Having run around we were in need of a snack to help us get our energy back to top level, so we went inside to eat and then it was back outside for a surprise – a few days ago a baby goat was born on the farm so today all the campers got to meet it! It was so lovely! Florentino has asked the campers to come up with a name for the newest member of the farm so the campers have their thinking caps on to think of some ideas.

After that, we divided into two groups with the first group heading off to see the animals around the farm  – the ponies, goats, sheep, ducks and goose among others while the other group headed over to the vegetable patch to show off their knowledge of fruit and vegetables in English, and then plant some onions, carrots, leeks, and radishes.

After a shower and dinner we got to go outside a final time today (when it’s so beautiful who wants to be inside?!) to play capture the ball with the campers creeping up to the ball holder in the dark to try and be the first to touch it. Not as easy as it sounds though – when the ball holder turns on their torch you have to stand still and attempt to hide, and if he or she names you then you are out!

Time for bed now. I think we are all going to sleep well tonight! 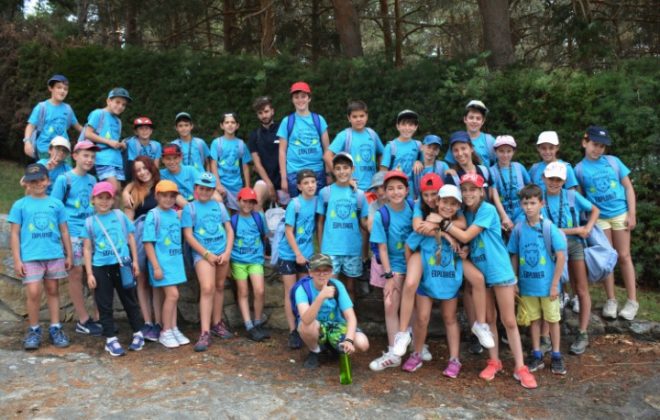 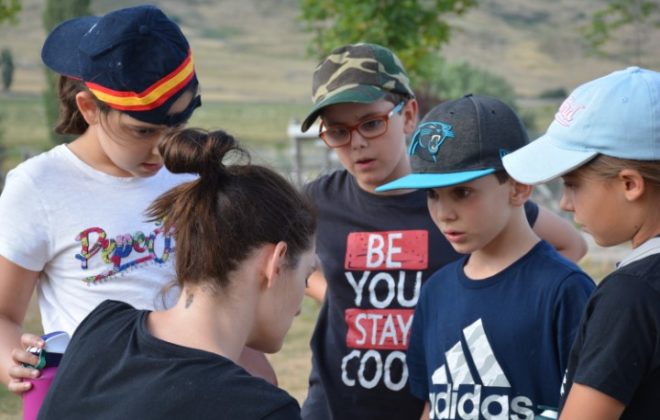