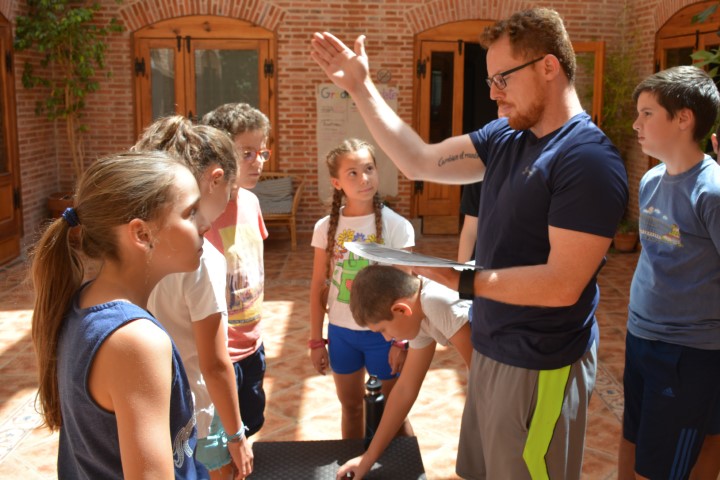 What a hot day today in San Martín de la Vega del Alberche! We’ve had lunch and now everyone is having a little nap before activities this afternoon.

This morning, after campers had finished learning about space and the solar system in their individual classes, everyone came together for some group learning.

With Ted, the students talked about star constellations. They looked at maps, and used a phone application which shows where constellations are in the sky.

With Rochelle and Kat, the students tried to remember as many solar system facts as possible, before creating a live-action diagram of the movements of the planets.

And with Jess, they talked about the phases of the moon. Jess demonstrated first, with an interesting representation of the moon made from an apple! Then everyone went into a dark room to use a torch and a ball to recreate the lunar phases. They loved this, and did very well at remembering the names of the phases!

After lunch, everyone had a siesta – it was a very hot day and we had some VERY tired campers!

Then, with everyone’s energy stores replenished, it was tribe time!

Firstly, the children set up their tents for their night of sleeping outside. They worked really well together!

Then, the campers worked in their six tribes to plant trees.

First, Tania told the campers about the trees they were going to plant. Some are capable of living for 2000 years or more!

Then, they made sure the holes in the ground were big enough for the trees.

Next, everyone worked together to get the tree out of its pot and into the ground – some great team work here!

The team work carried on as the children worked to make sure that the trees were straight.

And just like that, six brand new trees in the garden

After planting the trees, the campers went on to show off their archery skills. I was really impressed by how well they listened to the instructor, and remembered all of his instructions!

Then to finish off the fun-packed day, the children went outside after dinner and played games before sleeping in their tents. What a day! 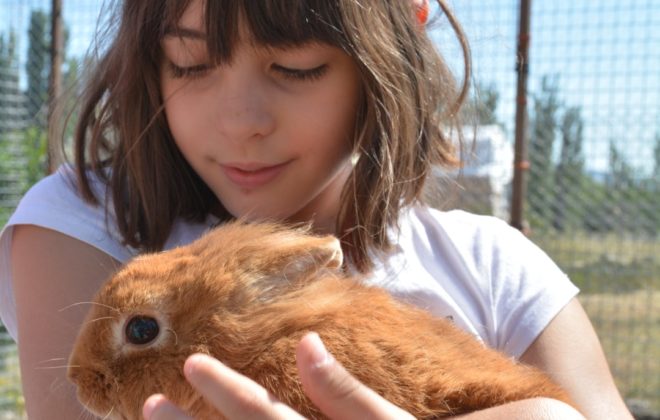 Day 4: School on a Saturday!